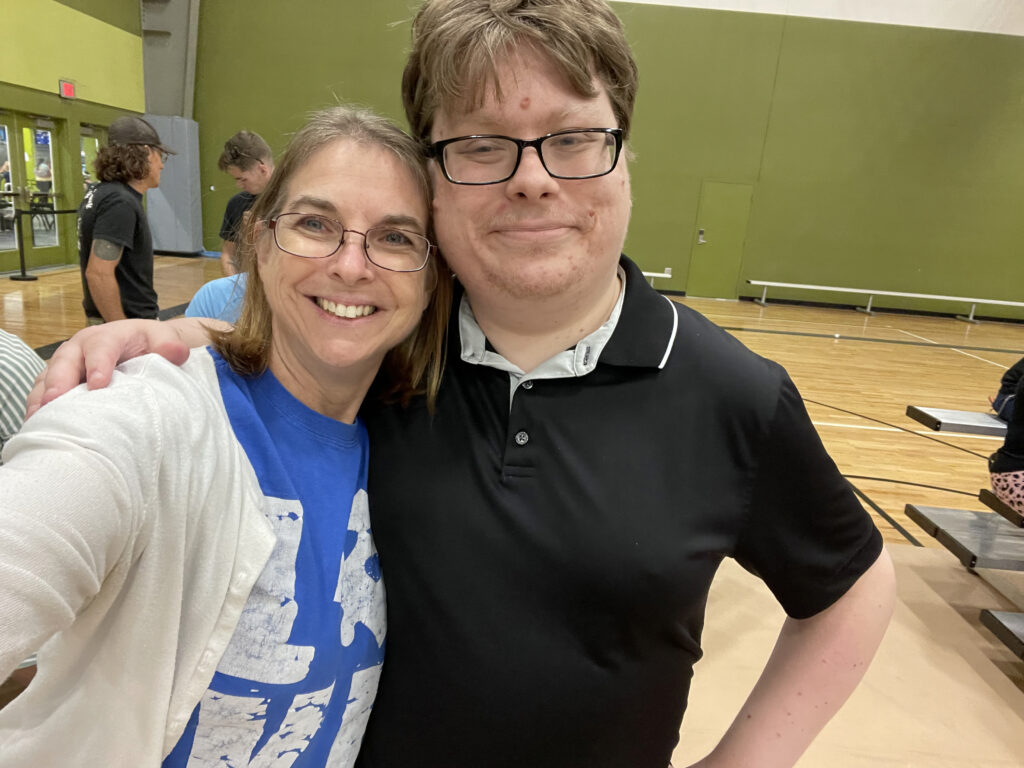 While working through the Greater Expectations program, Alec also completed an apprenticeship at the Kansas Humane Society, where his favorite part was interacting with the smaller animals (especially the kittens)! Alec found the self-paced environment was a perfect fit for him.

During his time working through the program, Alec became interested in event promotion, specifically in the world of wrestling. He contacted the owner of a professional wrestling training center and started attending practice sessions on a regular basis. After graduating,

Alec’s dream of wrestling event promotion became a reality! He recently worked a local wrestling event and met a former WWE wrestler, Nick Dinsmore, who is known to fans as “Eugene,” a “special” wrestler with savant skills.

Alec got to meet Nick and asked what his inspiration for the Eugene character was. Nick responded, “the kids!” We are SO proud of Alec for his hard work and determination. It’s been an honor to work through our program with Alec and help him not only find meaningful employment – but to make his dream job become a reality!